Memories from milan: state of the map 2018

I attended and presented at the State of the Map 2018 at Federico Politecnico de Milano in Milan, Italy on July 28-30. This was my first global State of the Map conference. I received a scholarship from the OSM Foundation, without which the trip would not have been possible. 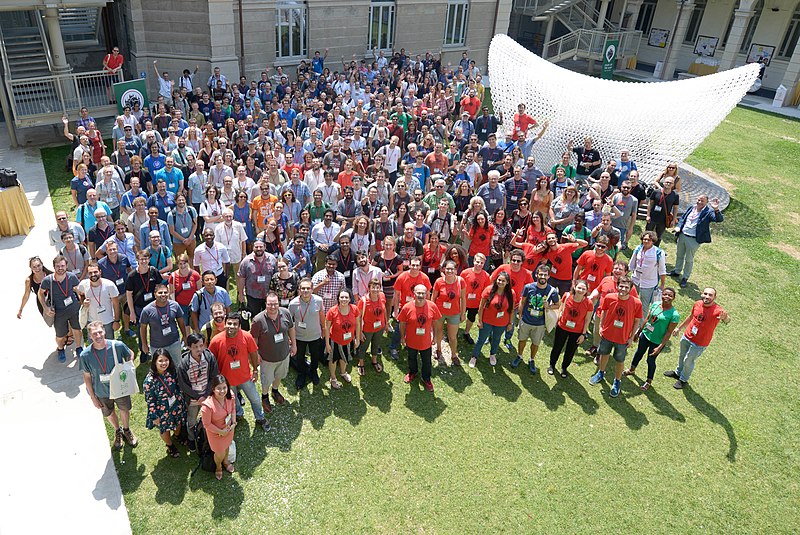 By attending the conference, I sought to present a part my work at Kathmandu Living Labs, catch up on latest developments around different themes in OpenStreetMap platform and community, catch up with some old friends, make new friends, and visit few places in the beautiful city of Milan.

In the afternoon of first day, I spoke about the Digital Internship and Leadership program at Kathmandu Living Labs. The talk focused on the program as an alternative supplementary approach to map places in Nepal that are on the wrong side of the digital divide, but are equally vulnerable to disasters such as earthquake as the rest of Nepal. Video from the session and slides are also available.

I attended sessions on various themes throughout the conference duration. I was particularly interested in sessions about OSM community, use of machine learning to validate OSM contributions, and use of OSM data. These were closely related to the research project I am involved in. This edition of the conference was also the first one with a separate academic track for academic researchers in the community. I was particularly interested in attending the academic track to follow developments in academic research around OSM.

I found most sessions to be intriguing and exciting. I learned a lot. I was also tweeting a lot during the conference.

The next @sotm will be in Heidelberg! #sotm pic.twitter.com/GusHzXsRqR

Australian government's mandate of Open Government Data made it easier for @Microsoft to choose Australia to start their maps platform using @Openstreetmap there . #sotm

The gathering was also a wonderful opportunity to catch up with friends I made during State of the Map Asia and as part of my work. I also met people who I had been communicating through email and social media, but hadn’t met in person before the conference. Knowing a face to put to names makes a lot of difference in how you feel about the person.

By the way, I also received the OSM Awards on Improving the Asia category on behalf of the organizing team of State of the Map Asia 2017.

Apart from having a productive conference, I also had a pleasant stay in the beautiful city of Milan. Having stayed in the city center, there were always few landmarks around if I wanted to visit places close by. The weather was as sunny as it could have been. This was probably the best time to visit Milan. I shared many interesting conversations in the evening with friends from the conference over delicious Italian food and satiating drinks. In the day after the conference, I had a whole day to myself to visit Milan. I visited the famous Duomo (without which no trip to Milan would be complete), San Siro stadium (the home of legendary Italian Football Clubs - Inter Milan and AC Milan, Castle Sforsezesco, the church where The Last Supper was housed (unfortunately the ticket to see the painting was already booked for the day when I reached there) and few other iconic places.

Milan is a blend of both the old and the new; the modern and the classic. The architecture on display was awe-inspiring.

I returned from Milan with memories and revitalized motivation.

Finally, I would like to thank the organizers, volunteers and friends who made this a truly great conference! Special thanks to OSMF for the scholarship, and Dorothea and Rob for helping through the process.